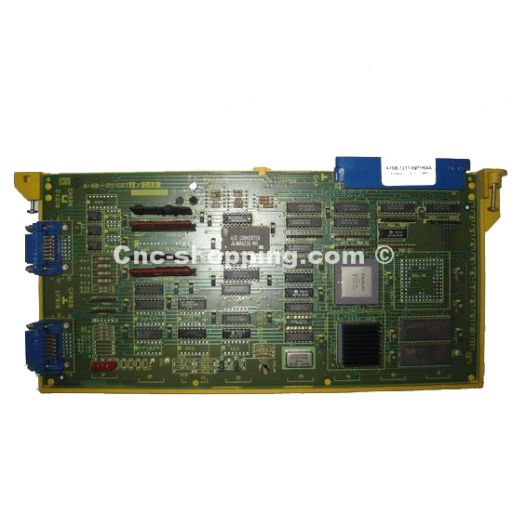 Details
1 axis Fanuc board  digital A16B-1211-0270 for FANUC system 10/11 (10/11, 11A, 11M, 11T, 11MF, 11TF). Board for digital drive type A06B-6057-Hxxx or A06B-6058-Hxxx. Input measuring system for pulse codeur square signal. Board come with warranty.
A Cartesian coordinate system specifies each point uniquely in a plane by a pair of numerical coordinates, which are the signed distances from the point to two fixed perpendicular directed lines, measured in the same unit of length. FANUC 10. Each reference line is called a coordinate axis or just axis of the system, and the point where they meet is its origin. Cnc-shopping.co.uk . The coordinates can also be defined as the positions of the perpendicular projections of the point onto the two axes, expressed as a signed distances from the origin. FANUC A16B-1211-0270
More Information
Delivery options
Express delivery to 220 countries
Standard delivery to 72 countries