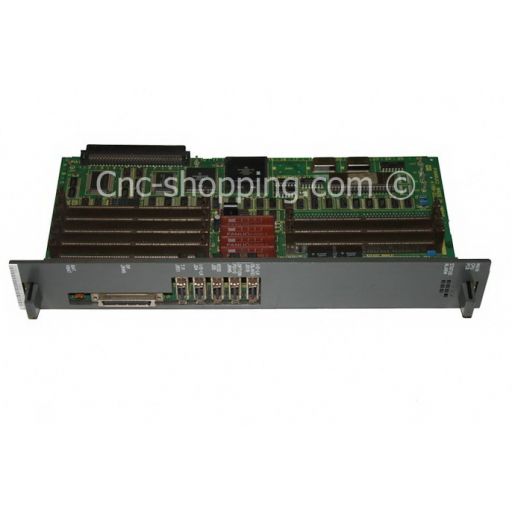 Details
Buy online your Fanuc A16B-2200-0843 main cpu from FANUC CNC for sale. This main CPU is for FANUC RJ Robot. Fanuc Robot mother board tested and ready to be installed on your machine to replace your old A16B-2200-0843 Fanuc board. This Fanuc robot mainboard board comes with a warranty, warranty period and warranty type is listed below.

FANUC robot can refer to both physical robots and virtual software agents, but the latter are usually referred to as bots. There is no consensus on which machines qualify as robots, but there is general agreement among experts and the public that robots tend to do some or all of the following: move around, operate a mechanical limb, sense and manipulate their environment, and exhibit intelligent behavior. Mass-produced FANUC printed circuit boards (PCBs) are almost exclusively manufactured by pick-and-place robots, typically with manipulators, which remove tiny electronic components from strips or trays, and place them on to PCBs with great accuracy. A16B-2200-0843
More Information
Delivery options
Express delivery to 220 countries
Standard delivery to 72 countries